SEE ALSO: Cut-off Marks for Other Universities, Polytechnics and Colleges.

The management of the Benue State University, Makurdi (BSUM) has announced the cut off mark for the 2020/2021 academic session admission exercise.

The minimum cut-off mark required from BSUM prospective students is 180.

HENRY DIVINE is a dynamic young man with a vision and passion to affect his generation, especially the youth. He is an author, a psychologist, a blogger and the Initiator/Coordinator of The Sure Success Project.
Previous Benue State University Makurdi (BSUM) Post UTME Screening Form for 2020/2021 Academic Session
Next List Of Courses Offered by BSU (Benue State University, Makurdi) 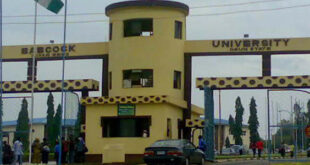 This post is about Babcock University School Fees 2022/2023. So you will see the Babcock …

AKSU Acceptance Fee Payment Procedure for 2022/2023 session has been released by the school authorities. …