The Joint Admissions and Matriculation Board (JAMB) on Tuesday warned prospective candidates for the 2018 UTME to be wary of fake past questions in CDs being circulated in the country. 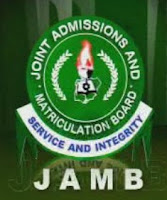 The board made the call in a statement, signed by Mr Fabian Benjamin, the Head of Media, made available to the newsmen in Abuja.
JAMB while disassociating itself from the circulated papers, said that the items were “intended to dupe unsuspecting candidates’’.
“The fake past questions in CD Rom entitled; “JAMB PRO CBT practice software for UTME” was purported to have emanated from JAMB in other to give credence to the products.
“This is also made by the producers to perpetuate their nefarious activities.
“JAMB wishes to dissociate itself from the production and sale of the fake CDs and warned the public to be vigilant and avoid being defrauded.’’

The board said it had not authorised any individual or groups to do so on its behalf. It added that preliminary investigation conducted showed that the past questions were fake and had no iota of semblance to the board’s question papers in context, content or form.
“As a responsible and responsive organisation, we will not be part of any ploy to defraud innocent candidates.
“We have put machineries in motion to our outlets and service providers not to be used as channels of exploitation or distribution of such fake items.’’
The board reiterated its commitment to continuously ensure that candidates applying for its examination were not misled, while calling on them to also avoid fake online sites. It, however, urged intending candidates to study hard for the examinations and channel all enquiries to any of the board’s offices nationwide for any redress, challenges or information.
NAN

HENRY DIVINE is a dynamic young man with a vision and passion to affect his generation, especially the youth. He is an author, a psychologist, a blogger and the Initiator/Coordinator of The Sure Success Project.
Previous 2019 JAMB Mock Exam to hold on the 23rd of March: 12 Vital Things to Know
Next JAMB Announces Dates for 2018 UTME Examinations, Postpones Mock Exams

TweetThe Joint Admission and Matriculation Board has released the results of the 2020 UTME. See …