JAMB 2018: There will be no rescheduling of UTME exams – Oloyede 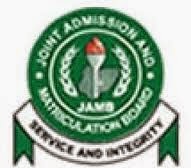 The Registrar, Joint Admissions, and Matriculation Board, Professor Ishaq Oloyede, on Thursday said that there will be no rescheduling of the 2018 Unified Tertiary Matriculation Exam for any student like it did last year.
He said that reports have also indicated that some parents had allegedly negotiated with some private coordinators who assured them of success at all cost during the UTME.
Oyolede said candidates whose thumbs were not recognised for verification by the biometric machines, and that  such candidates might have registered illegally.
He disclosed said that the board had arrested some operators of illegal UTME registration centres set up to defraud applicants.
“They were using something they call team viewer which will definitely give biometric problem because these candidates were not physically captured at the authentic centre.
“We would not be held responsible for that and there won’t be any form of rescheduling for anybody, I did that last year out of ignorance.’’
The registrar described the general conduct of the UTME nationwide as highly successful and attributed the success to use of improved modern technology which has prevented most illegal acts people were used to.
The registrar made the remarks at the board’s headquarters in Bwari, Abuja, when a suspected impersonator arrested by officials of the Nigeria Security and Civil Defence Corps was paraded for attempting to write the UTME for his brother.
According to the civil defence corps officials, the mother of the boy, who claimed to be a prophet, directed the boy to sit the examination for his brother.
The boy was arrested at the Unified Tertiary Matriculation Examination, Air Mas Computer Centre Madalla in Niger.
Oloyede said,“ Parents need to disassociate themselves from this type of shameful attitude.
“It is against any type of parenting that you want to inculcate the spirit of deceit into your children; I think even bad people do not want to be succeeded by bad people.
“The woman should have just said she is a mother and not that she is a prophet; you are doing something shameful, do not bring God into it at all.
“No religion would allow for a mother to tell one of her sons to go and write exams for the other.
“If someone is unfortunate to be corrupt, he or she should ask God to terminate it at his own level, but conscious efforts at transmitting that culture to the next generation is very painful.’’
The registrar also frowned at those hiding behind religion to commit crimes including examination malpractice.
“One said he is a Catholic priest; there’s another one from Abia and now, this mother said she’s a prophet, people in Nigeria just use religion to exploit others.
“They go to churches, establish centres in the name of helping the church only to use them for their selfish purposes,’’ he said.
He explained that the board was able to detect, through the use of technology, that most of the cabling issues at CBT centres, were pre-arranged.
“Their intentions are to help people not knowing that we now have a device that monitors every computer system in every centre, via a code.
“We are able to detect now, people who are able to write the exams, answering 180 questions in just 12 minutes.
“We also have three to four persons who wrote the examinations on the same computer at a session not knowing we have the identity of every computer.’’
The Registrar stated that it was in view of the latest developments that the board could not release some results on Wednesday.
Oloyede disclosed that the board had identified 14 centres across the country involved in malpractice and assured that the operators would be prosecuted.
NAN also reports that the ongoing 2018 UTME, which commenced on March 9, is scheduled to end on Saturday, March 17.
(NAN)

HENRY DIVINE is a dynamic young man with a vision and passion to affect his generation, especially the youth. He is an author, a psychologist, a blogger and the Initiator/Coordinator of The Sure Success Project.
Previous Federal Government Scholarship Awards (2017/2018) for eligible Nigerians studying in all Public Tertiary institutions in the country – Apply here now
Next UNN CHANGE OF DEGREE PROGRAM IS OUT – 2017/2018. How to Check if You are Successful

TweetThe Joint Admission and Matriculation Board has released the results of the 2020 UTME. See …