JAMB Brochure for Computer Science Under Faculty of Sciences

In UTME, note that English Language is mandatory for all courses. The other three subjects required to study Computer Science under the Faculty of Sciences in the institutions listed above are:

Mathematics and any two of
Geography,
Physics,
Economics or
Chemistry

To apply for Computer Science as a UTME candidate, you require: Mathematics,
a basic science and
three other subjects chosen from the following: Economics,
Geography,
Government/History,
Further Mathematics,
Physics,
Chemistry,
Biology/Agricultural Science.
English Language,
Typewriting,
A credit passes in English Language and Physics are compulsory

To apply for Computer Science as a Direct Entry candidate, you require: (i) ADAMAWA-POLY, IMTE and ABIA-POLY accept a pass in Physics.

(ii) YABATECH and RIVCAS require five credits to include Physics, English Language, Mathematics, plus any two of Statistics, Further Mathematics, Chemistry, Economics and Biology. YABATECH requires the credits at not more than two sittings.

(iv) NUBA-POLY does not accept Geography and Economics as UTME subjects.

(v) LASPOTECH requires at least a pass in Physics, credits in Mathematics and a social science subject.

(viii) KAD-POLY – requires credits in Mathematics and a social science, the two other subjects should include Physics/a basic science and at least a pass in Eng. Lang. Food and Nutrition is not acceptable.

(ix) EKITI-POLY requires a pass in English Language and four credits in Mathematics, Physics and two subjects from the social Sciences and one from the Science.

(x) LAGOSCITY-POLY accepts credit in Chemistry in lieu of credit in Physics.

(xii) OFFA-POLY requires credits in Chemistry and one of Basic Elect/Elect., Additional Mathematics and Technical Drawing.

(xiii) OSPOLY does not accept History and Food and Nutrition as Course requirements.

(xiv) EDE-POLY accepts candidates TC Grade II Certificate, Federal Craft Certificate, City and Guides, Intermediate) with credit in Mathematics, Physics, Biology/Agric. Sci. and pass in Woodwork, Metal work, Technical Drawing or Arts will be an advantage or other qualification acceptable to the Polytechnic.

(xviii) FEDPO-NAM accepts candidates TC Grade II Certificate, Federal Craft Certificate, City and Guides, Intermediate) with credit in English Language and Mathematics and any other three relevant subjects from Physics, Biology/Agric. Sci. and Chemistry, Pass in Woodwork, Metal work, Technical Drawing or Arts will be an advantage or other qualification acceptable to the Polytechnic.

(xix) RUGIPO either credit pass in English Language or pass in Chemistry is accepted or vice versa.

(xx) EDE-POLY expects the two other subjects from the following: Chemistry, Economics and Geography.

(xxi) FCAPT–KANO accepts Four credit passes in an NBTE recognized Preliminary National Diploma (at credit level) course offered in a Polytechnic or similar post-secondary technical institution. The credit passes must include Mathematics, Physics, English Language and any other subject

(xxii) RIVPOLY accepts Mathematics, Physics and any one of Further Mathematics, Economics or Chemistry as UTME subjects.

(xxiii) BAUCHI-POLY does not accept Geography, and Physics, Mathematics as Core subjects.

(xxiv) NOGAK accepts a pass in English Language and credit passes in Mathematics, Physics and any two from Social Sciences.

(xxvii) MAPOLY requires four credits passes in one sitting or five credits in not more than two sittings to include credit in Mathematics and English Language, Physics/Basic Electricity/Electronics and any other subject(s) from the following: Chemistry/Biology/Agric. Science/Food and Nutrition, Computer Studies/Data Processing, Economics/Commerce, Geography, Further Mathematics.

(xxix) FCLRTO requires credit pass in Mathematics and Physics and pass in any other Science subjects.

(i) KAD-POLY requires Mathematics, Physics and any two from Social or Physical Sciences.

HENRY DIVINE is a dynamic young man with a vision and passion to affect his generation, especially the youth. He is an author, a psychologist, a blogger and the Initiator/Coordinator of The Sure Success Project.
Previous JAMB Brochure for Building Technology Under Faculty of Sciences
Next JAMB Brochure for Geological Sciences Under Faculty of Sciences 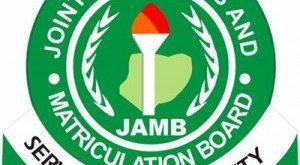 Questions and Answers on The Life Changer JAMB Novel 2023

On this page, you get Questions and Answers on The Life Changer JAMB Novel 2023. … 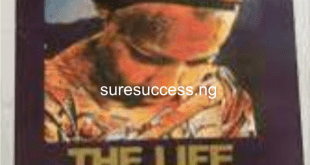 This Article is about JAMB Novel 2023. Consequently, it would cover everything about The Life …