Christmas is celebrated annually on the 25th day of December. Lately, it has become both a sacred religious holiday and a worldwide family, cultural and commercial phenomenon. For over two thousand years, people around the world and across different races and cultures have been observing it with traditions and practices that are both religious and secular in nature. Christians celebrate Christmas Day as the anniversary of the birth of Jesus Christ of Nazareth, a spiritual leader whose teachings form the basis of their religion. Popular Christmas customs include exchange of gifts, decorating Christmas trees, attending church service for carols and lessons, sharing meals with family and friends and, of course, waiting in eager expectation for Santa Claus to arrive. December 25—Christmas Day—has been a national holiday in Nigeria and many other countries around world.

The Origin of Christmas

But December 25 was first identified as the birth date of Jesus Christ by Sextus Julius Africanus in 221 and later became the universally accepted date. One widespread explanation of the origin of this date is that December 25 was the Christianizing of a popular holiday in the Roman Empire called the dies solis invicti nati (“day of the birth of the unconquered sun”), which celebrated the winter solstice as a symbol of the resurgence of the sun, the casting away of winter and the announcing of the rebirth of spring and summer. Indeed, after December 25 had become widely accepted as the birth date of Jesus, many Christian writers frequently made the connection between the rebirth of the sun and the birth of the Son. Of course, this view posed many difficulties one of which was a nonchalant willingness on the part of the Christian church to appropriate a pagan festival — the early church was so intent on standing out as a light in the darkness and distinguishing itself categorically from pagan beliefs and practices.

It is, however worthy to note that the early Christian community distinguished between the identification of the date of Jesus’ birth and the liturgical celebration of that event. The actual observance of the birth day of Jesus Christ was long in coming. In particular, during the first two hundred years of Christianity, there was strong opposition to recognizing birthdays of martyrs or, for that matter, of Jesus Christ. Numerous Church Fathers made very critical comments about the pagan custom or tradition of celebrating birthdays. They opined that saints and martyrs should be honored on the days of their martyrdom—their true “birthdays,” from the church’s perspective (death is the doorway to life in Heaven).

The Origin of Christmas Eve

As we have seen above, December 25 has come to be the universally accepted as the birth day of Jesus Christ. However, for several centuries and in many parts of the world, Christmas was celebrated not as a single day, but as a whole season, beginning with this day, December 24, Christmas Eve. This practice of celebrating the evening before the big day is probably an echo from ancient Jewish reckoning of days. Among the ancient Jews, a day began at exactly six o’clock in the evening and ran until six o’clock the following evening. This reckoning can be confirmed from the creation account of Moses where he would always remark, “An evening and a morning were the first day.”

Christmas really means “Christ-mass.” Although the date is a guess which has elicited several explanations, the tradition of observing it goes back to at least the fourth century. Under the influence of the church and with a lot of criticism, Christian traditions replaced pagan solstice festivals throughout Europe. Often the more innocent pagan practices, such as bringing in a Yule log, decorating with holly and the like, were carried over into the Christmas celebration, transfigured with new ‘Christian’ meaning.

The Christian Meaning Behind Ancient Traditions

The Origin of Santa Claus

Many modern day Christians oppose the whole idea or concept of Santa Claus during Christmas celebration. They argue that Christmas is a celebration of the birth of Jesus Christ and Santa Claus is beclouding the meaning and purpose of Christmas by drawing too much attention away from Christ. But that probably stems out of their ignorance of the origin of Santa Claus.

The name Santa Claus is the anglicized form of the Dutch name for St. Nicholas Sinterklaas who was the supposed early Bishop of a church in Asia Minor [the modern country of Turkey]. Though the modern Santa Claus is associated with a world of make-belief and fantasy, the historical St. Nicholas was a godly man renown for his charity and generosity. For example, he became aware of some desperate needs in his congregation, and a family having to sell their children into slavery, so one night he came and left a chunk of money on their doorstep. It was gold in a stocking.

The most accurate and widely accepted sources suggest that Saint Nicholas was born around AD 280 in Patara, in Asia Minor. He later grew to became the bishop of Myra in modern-day Turkey. Nicholas died about at AD 343 on or near December 6.

History of St. Nicholas and Christmas

Just like the example cited above, there are a wealth of stories about Nicholas’ life—many of them emphasize his kindness and  generosity. After his death on December 6, a tradition of gift-giving or exchange was begun in his honor.

Saint Nicholas Day is still observed on December 6 in many countries around the world, but in others the practices associated with the day were combined with Christmas. It seemed only natural to many Christians that a tradition marked by giving would merge with the birth of Christ, who is the greatest gift ever given to the world. But as pointed out already, the merger happened to the dismay of many Christian leaders who thought that Saint Nicholas started to draw too much attention away from Christ. In Germany, parents were urged to teach their kids that the Christ-Child was the gift-giver. Actually, the name Kriss Kringle is the anglicized form of the German name for the “Christ-Child.” Ironically, in America the name Kriss Kringle came to be used synonymously with St. Nicholas, St. Nick, Santa Claus and even the English name Father Christmas; and of course, from America to the rest of the world.

Many years after the life and death of St. Nicholas, he was typically depicted as a tall, thin, bearded cleric in paintings and photos. But today, he has been made to evolve into the Santa Claus that we know today. Similar to the bishop’s vestments worn by the Dutch Sinterklaas, Santa Claus was given a white beard and red suit. But the “chubby and plump” appearance of modern day Santa Claus is generally traced to the 19th century poem “’Twas The Night Before Christmas” – which was a desirable attempt to create a more friendly image of Santa Claus and reassure children that they had “nothing to dread.”

The Origin of Christmas Cards

It is widely believed that Christmas Cards started in 1844 when an English artist named William Dobson drew up some pictures in England for use during the Christmas season. The cards found local use in England and soon spread to America. In 1846 Cole and Horsley saw the commercial potential of this growing tradition and started the commercial production of what is now over a billion dollar industry, that sees roughly 4 billion cards sent each year in America alone.

The Origin of the Christmas Tree

There are many accounts that claim to explain the origin of the Christmas tree. The three most popular and widely accepted accounts are from Germany — making it the likeliest place of origin.

1. The first story is about St. Boniface who was a missionary to some of the remotest tribes of Germany in the 8th century. He was probably best known for what is called the “Felling of Thor’s Oak.” The story has it that upon entering a town in northern Hesse, Saint Boniface learned that the people worshiped the god Thor who they believed resided in a great oak tree among them. Boniface determined that if he wanted to gain an audience with the people, he would have to confront Thor. He announced before the entire people that he was going to cut down the oak, and he openly challenged the god Thor to strike him down during or after the felling of the oak. Miraculously, as Boniface began to cut the Thor’s oak, a mighty wind blew and hurled the tree to the ground. According to Tradition, a fir tree was growing in the roots of the great Oak, and Boniface claimed the tree as a symbol of Christ. As you would expect, the people readily accepted St. Boniface’s message, and the fir tree eventually came to be associated with the birth of Jesus Christ and a celebration of the day when the Almighty God (who could hurl down a gigantic oak) chose to humbly enter the world as a babe.

2. Another plausible source of the Christmas tree (and from many indications, the most likely) comes from medieval religious plays in Germany. Among the most popular and interesting of these plays was the “Paradise” play. The paradise play started with the creation of man, acted out the first sin, and then showed Adam and Eve being fiercely expelled from Paradise (the Garden of Eden). It closed with the promise of a coming Savior, which made the play a particular favorite during the Christmas season in which the birth of the Savior is celebrated. In the play, the Garden of Eden (Paradise) was represented by a fir tree hung with apples and surrounded by many candles.

3. A third tradition about the origin of the Christmas tree attributes it to Martin Luther, a very prominent and influential leader of the Reformation. Some say that on Christmas Eve, Martin Luther was walking through the woods near his home. He was enamored by the beauty of how the snow shimmered in the moonlight on the branches of the trees. In an effort to re-create the exact magnificent sight for his family, he cut down the tree, placed it in his home, and decorated it with candles.

HENRY DIVINE is a dynamic young man with a vision and passion to affect his generation, especially the youth. He is an author, a psychologist, a blogger and the Initiator/Coordinator of The Sure Success Project.
Previous 2020 MTN mPulse National Spelling Bee Competition For Young Students (Over N5 Million Cash Prizes to be Won)
Next 2020 FG Bilateral Education Agreement (BEA) Scholarship Awards To Study Overseas 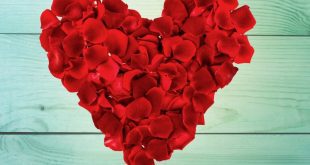 Best Valentine’s Day Wishes, Sweet Messages, Romantic Quotes and Love Poems for Him or Her 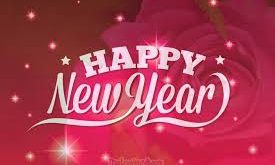 TweetIt’s the dawn of a new year and you and your friends, family and well-wishers …

JAMB Subject Combination for All Courses [Full List] Current JAMB Syllabus for all Subjects [Online Version] Recommended Textbooks for 2021 JAMB UTME: All Subjects UTME Brochure For All Courses and Institutions
See courses offered by various institutions and their UTME, DE and O'level requirements. List of JAMB CBT Centres Approved for 2021 UTME Registration Nationwide How to Transfer from other universities to UNN All you Need to Know About UNN Direct Entry Admissions - How to Succeed