This page is all about NATFORCE latest news today. So I’m going to be updating you on the latest information about the disbandment and declaration of illegality, Natforce bill approval etc. You will also get Natforce latest news about recruitment for different ranks and the salaries. NATFORCE  is a kind of abbreviation for National Task Force. The force was established to combat illegal importation or smuggling of arms into the country. Their job description also covers combating of proliferation of  ammunition, light and chemical weapons.

According to the Director General, NATFORCE is set to provide over 300 jobs for each of the 774 local government areas (LGAs) of the federation. The jobs will ensure effective policing in communities to supplement the efforts of various security to ensure security of lives and properties.

However, the Senate’s inclusion of NATFORCE in the new Act establishing the National Commission for the Coordination and Control of the Proliferation of Small Arms and Light Weapons.

Concerning the Natforce bill third reading, the senate is going to put everything on hold owing to the order from the National Security Council (NSC).

The National Security Council (NSC), has described the National Task force (NATFORCE) as an illegal body, which was not supposed to operate anywhere in the country.

The  Council had a meeting yesterday with President Buhari at the State House. There, they also passed a vote of confidence on security agencies in their current efforts to tackle myriad of security challenges facing the country.

On the basis of that, the Minister of Interior, Ogbeni Rauf Aregbesola, advised the NATFORCE leadership to disband itself with immediate effect or risk being disbanded forcefully by security agencies.

By kicking against NATFORCE, the security declared it illegal. Saying there was never a time the Nigerian government set it up with any legislative instrument or power. So it is unknown to Nigerian laws and therefore illegal.

So NATFORCE has been illegal all the while. But right now, The National Security Council is saying that that it does not want  NATFORCE

Men of NATFORCE and other such bodies are accused of impersonating security agencies and committing illegality all over the place.

The issues of unlawful weapons, arms and ammunition, are being properly managed by the Office of the NSA. So they don’t think any private organization should come into these security issues. NATFORCE is a voluntary organization; they set themselves up.

Is NATFORCE a Federal Government Agency? 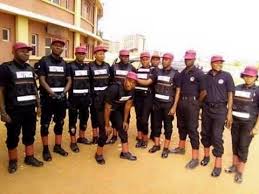 Owing to the inability of the NSA and the security agencies to forcefully dismantle the NATFORCE, the Senate has passed and signed a Bill. If the House of Representatives concurs as expected this September, they will succeed in converting the NATFORCE into a federal security agency!

You can already notice from the preceding sections that the viral news about NATFORCE approval in 2021 was untrue. The President Buhari approved the establishment of a National Centre for the Control of Small Arms and Light Weapons (NCCSALW).

The agency is headed by Maj Gen. A. M Dikko (retd) and it is the only national coordination mechanism for the control and monitoring of the proliferation of small arms and light weapons in Nigeria.

A source from NATFORCE said that the body is not really disbanded but turned to a unit under the National Centre for the Control of Small Arms and Light Weapons.

The National Security Council has declared NATFORCE illegal saying the organization is unknown to our laws.

So there is no announcement or news of employment opportunity at NATFORCE. The organization is not recruiting new members right now.

However, some people disguised as NATFORCE have reportedly issued about 18,000 “fake” appointment letters after allegedly collecting between N6,000 to N35,000 from prospective personnel.

So here’s where we end this very informative article. I trust that it is helpful. Really thanking you for visiting this website. I want to encourage you to bookmark this site on your browser. By so doing, you will be able to access other information without hassle.

Also remember that you can use the comments section to ask questions in case there’s something you don’t understand. .

See you on the next article.

HENRY DIVINE is a dynamic young man with a vision and passion to affect his generation, especially the youth. He is an author, a psychologist, a blogger and the Initiator/Coordinator of The Sure Success Project.
Previous UNN Post UTME Screening Exercise for Admission 2022/2023
Next MTN Scholarship Past Questions, Format and Facts

This is the page where you get Npower News Today. Get every update you need … 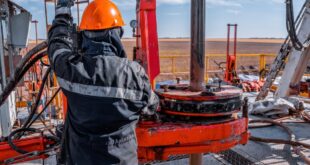 On the post, I shall show you the best paying jobs in oil & gas …