EFCC Obi Cubana: Arrest of the Nigerian Billionaire. Get details about Obi Cubana’s recent arrest by the Economic and Financial Crimes Commission (EFCC). 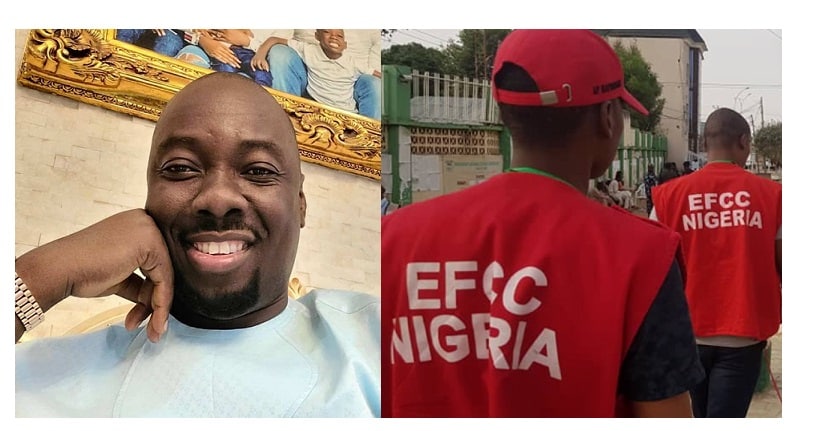 Obi Cubana is a popular billionaire philanthropist from Oba in Idemili South LGA, Anambra State, Nigeria. He was born on 12 April 1975, and was given the name Obinna Iyiegbu by his parents. He is a socialite, entrepreneur businessman and the CEO of Cubana Group of companies.

Obi Cubana is the founder of a night club called Ibiza Club in Abuja, Nigeria. Ibiza Club is a haven for fun seekers and people in love with nightlife. More so, he established a hospitality club called Cubana in Owerri, Imo State. There, clients get all shades of entertainment round the clock.

The popular billionaire entrepreneur also has other chains of business involving hospitality, entertainment, manufacturing, importation and so on.

Beyond the hospitality and entertainment industry, Obi Cubana is also into manufacturing. One of his companies produces Odogwu Bitters. Odogwu Bitters is arguably the number one herbal alcoholic drink and energy booster in Nigeria. Obi is also into manufacturing, importation and distribution of other premium liqueurs, creams and beverages. Some of which are Polo Club Chocolate Vodka and Meridian Cream.

More so, Obi Cubana is into real estate development and many other businesses.

Read Also: Obi Cubana Net Worth and Sources of Income.

On November 1, 2021, the EFCC arrested the popular Nigerian socialite and entrepreneur, Obi Cubana. They took him to the headquarters of the EFCC at Jabi, Abuja.

According to information from various sources, Obi Cubana’s case was said to border on alleged money laundering and tax fraud.

The EFCC came after Obi Cubana few months after he held a lavish funeral ceremony for his mother in Oba, Anambra State.

EFCC Obi Cubana: The Release of the Nigerian Billionaire Entrepreneur

Obi Cubana spent 3 nights in EFCC custody. After complete 72 hours of interrogation, he was released.

However, few hours after his release, news started flying around the social media. The news had it that instead of doing any serious interrogation, the staff of EFCC were flirting around the billionaire philanthropist. A picture which several dozens of excited EFCC staff took with Obi Cubana greeted the Social Media.

EFCC authority has since debunked the rumour and picture circulating.

HENRY DIVINE is a dynamic young man with a vision and passion to affect his generation, especially the youth. He is an author, a psychologist, a blogger and the Initiator/Coordinator of The Sure Success Project.
Previous Nigerian Young Academy (NYA) National Young Researchers Prizes 2022
Next JAMB Recommended Textbooks for All Subjects 2023