How to Be Attractive on Campus: 18 Smart Rules 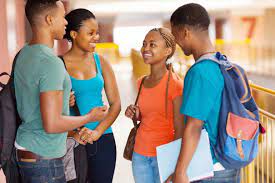 Now it doesn’t matter which campus you are in. The rules work as long as your goal is to become attractive to others around you. If you keep them, you will literally become a people magnet.

How to Be Attractive on Campus: 18 Smart Rules

Don’t call someone more than twice continuously. I’m yet to see anyone who this doesn’t piss off. How can you call someone 12 times straight? Did they steal your kidney?

Listen, if you call someone once or twice and they don’t pick your calls, assume they have something more important to attend to; or that they are not near their phones at the moment.

There are some awkward moments when your colleague/ classmate/ team-mate gets shouted at. At such moments, learn not to stare at them. Staring makes the moment twice awkward.

More so, when someone drops something on the floor by mistake or drops food from the plate, please don’t stare at them. If someone doesn’t know how to use a knife/fork, don’t stare at them. The same goes for people sneezing, coughing or even letting out an uncontrollable fart. They are all involuntary actions, pretend like you didn’t notice.

There is that awkward time when you, as a lady, mistakenly touch a guys penis or a lady’s breast as a guy. If you unknowingly stepped into the room where somebody is changing or using the bathroom and you catch a glimpse of their nakedness, just quickly say “I am sorry” and walk away for some time. Don’t make it so obvious by continually apologizing and repeating same word about the scenario…. It is both irritating and foolish.

Always skip using the washroom beside the occupied one. It makes it uneasy for the person in the occupied washroom as well as yourself, if you occupy the one right next to theirs.

5. Return What you Borrowed

Return money that you have borrowed even before the other person remembers that he lent it to you. It doesn’t really matter how small or big the amount is. It’s a pointer to your integrity and character.

Same goes with borrowed umbrellas, pens, lunch boxes or any other whatsoever.

Ladies should mostly take note of this. Guys should also be properly guided on this just in case…

Never order the expensive dish on the menu when someone is treating you to lunch/dinner. If possible, ask them to order their choice of food for you.

Don’t ask awkward questions like, ‘Oh, so you aren’t married yet?’ Or ‘Don’t you have kids?’ or ‘Why didn’t you buy a house?’ These kind of questions can embarrass or devastate the person you are asking. Have common sense!

When someone makes a wrong investment and loses their money, don’t add fuel to the flames by saying ‘I knew this would happen. You should have listened to me’. Don’t make failure seem worse for anyone.

Always open the door for the person coming behind you. It doesn’t matter if they are male or female. You don’t grow small by treating someone well in public or by being kind.

When on the wrong, apologize. However, shut up when you are the one on the right. It does not demean the character in you just to say “I apologize, I was wrong.” This are what we call “BASICS” and applies mostly in Relationships and marriages.

11. Keep your Choice of Music to Yourself

Always wear ear phones when traveling on a subway, car or bus. Don’t make others taste your choice of music, whether good or bad. Don’t put them through the pain of listening to music under compulsion, no matter how good you think the song or sound is. Always assume they are not in the mood for it. And don’t sing aloud a song that you are listening to with an earpiece while walking to lectures or in the night class or just anywhere except you are just alone. You might not know that you are really disgracing yourself on the road.

Don’t visit anyone or knock on people’s doors unannounced. Now this is irrespective of how close, younger or junior they are to you. Courtesy demands that you call them up and have an appointment some days or at least a day to your visit. The only exception to this is an unavoidable emergency that probably requires a one-on-one seeing and not a phone talk.

13. Don’t go in Without Approval

When you knock on someone’s door, wait for a response before going in. Knocking means, “Can I come in?” It doesn’t mean, “I’m coming in already”. Get a response from inside the house, before you know what next to do. No response? Then go back.

14. Always add a Smile to the Handshake

When you stretch out your hand to give or take a handshake, always, accompany it with a smile and a direct look into the other person’s eyes. Make your handshake firm, especially for guys. Don’t go and be screaming guy guy guy!! Kee the way?? Its Agberoish.

15. Chew with your Mouth Closed

Try to chew your food with your mouth closed. Oh Jesu! If you don’t learn this in the privacy of your home, you will surely forget it when you are eating in public. To the utmost disgust of others who have to listen to you chew.

16. Have a Handkerchief Handy

Whether you are a girl or guy, always go out with an handkerchief. With the prevalence of air borne diseases and germs, the least you could do for yourself and those around you is cover your mouth when you yawn and sneeze. In as much as you don’t want to pick up something new, you should also not spread some of yours.

Although this is almost coming last, it can go for the most important! What am I saying? People’s privacy is very important. So you must learn to respect that. Don’t swipe left or right when someone hands over their phone to you just to view a particular picture, except they permit you to. And also, don’t browse through their messages and call lists. People’s phones and the contents are their private property. Learn to respect that.

So we have come to the end of this article, and you tagged along with me to this point. Consequently, I want to thank you. I also want to enjoin you to read subsequent articles in other categories on this website.

HENRY DIVINE is a dynamic young man with a vision and passion to affect his generation, especially the youth. He is an author, a psychologist, a blogger and the Initiator/Coordinator of The Sure Success Project.
Previous UNEC: The Real Den for Real Lions and Lionesses
Next 10 Mistakes You Will Make as a Fresher in UNN

UNN Hostel Portal: A Guide to Getting Hostel Accommodation

In recent times, there has been this unusual difficulty experienced by lions and lionesses in … 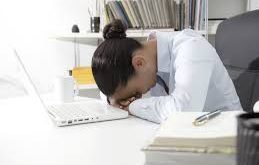 10 Mistakes You Will Make as a Fresher in UNN

10 Mistakes You Will Make as a Fresher in UNN. Information is power. Learn what …