On this post, I will explain the meaning of NDLEA. After explaining NDLEA meaning, I will educate you on NDLEA ranks. Then you will see the NDLEA salary structure and payment scheme. So just read on to get these vital information. NDLEA is a law enforcement agency under the auspices of the Federal Government of Nigeria. The agency is directly under the Nigerian Federal Ministry of Justice. It is saddled with the responsibility of eliminating the growing, processing, manufacturing, selling, exporting, and trafficking of hard drugs. So NDLEA has its presence in international airports, seaports and border crossings.

What is the Full Meaning of NDLEA?

The full meaning of NDLEA is National Drug Law Enforcement Agency. It was established by Decree Number 48 of 1989.

From time to time, the NDLEA makes advertisement opportunity for nationwide job recruitment. Naturally, millions of Nigerians are always indicate interest in these opportunities. Of course we know it’s owing to the high rate of unemployment in the country.

But most people who want to apply for a job at NDLEA don’t know much about the agency. So they are eagerly in search for information concerning the Federal Government agency. Some of the information they always look for include

I will provide information about these queries so that you will be in a better position to make some decisions concerning NDLEA recruitment.

So before you talk about rank, you are to duly consider level. It is the personnel’s level that determines his rank. For example, NDLEA assign those who join the service with bachelor’s degree at level 8. While those who join with HND start at level 7.

Level 8 employees have higher ranks and salaries than their counterparts at level 7. The same applies to those who join the service with ND or SSCE.

Having said all that, I need to add just one more thing here before I move to the next section. The NDLEA ranks and salary structure is based on CONPASS. (CONPASS is the short for Consolidated Paramilitary Salary Structure.) But beyond CONPASS, NDLEA ensure that their personnel are promoted as and when due. They do this as a way of boosting the morale of the officers to ensure optimum performance.

Let’s discuss each of them.

So here are the ranks from top to bottom:

This is the second category of ranks in NDLEA. However, they are lower ranks which are also given to officers on the basis of their qualification during recruitment. The ranks under this category are mostly for officers who join the agency WAEC, ND, HND and so on.

Below are the ranks under this category:

Frequency of Promotion of Officers of NDLEA

Going by the CONPASS structure, all officers in paramilitary agencies like the NDLEA expect promotion to new ranks every 2 to 3 years. So all things being equal, officers get their promotion letters exactly 3 years after their last promotion.

However, as an agency with human face, NDLEA considers a few things before effecting the promotion of officers. Such factors include:
1. The overall conduct of the officers.
2. Number of years of service.
3. Achievements of the officers.
4. Recommendation.

Other Welfare Packages for NDLEA Officers

More than the salary structure, officers of the NDLEA are also remunerated with other benefits and welfare packages. These serve to boost the morale of the officers to give their best service. Here are some of the benefits that accompany the service:

This is one of the welfare packages officers of NDLEA enjoy. The agency enrolls them in the National Health Insurance Scheme. This scheme covers both them, their spouse and children.

Travel allowance is also a benefit NDLEA officers enjoy but this benefit is mostly for the senior officers. Whenever they are to go on official duty to other states, they are sure of receiving a traveling allowance from the agency.

NDLEA officers also enjoy free accommodation within their place of assignment. If there is no accommodation available, they are paid a housing allowance that covers their accommodation cost.

More so, NDLEA organizes a mandatory 2 weeks training for their new recruits. There, the recruits receive lessons on the best practices and ways to protect themselves in the field. They are also given further orientation about the agency.

At the end of this training exercise, the new officers receive a training allowance as soon as they are registered with the Integrated Personal Payroll Information System (IPPIS).

HENRY DIVINE is a dynamic young man with a vision and passion to affect his generation, especially the youth. He is an author, a psychologist, a blogger and the Initiator/Coordinator of The Sure Success Project.
Previous Yahoo Boys WhatsApp Group Link
Next Zainab Aliyu NDLEA: A Lady Framed and Jailed for Drugs 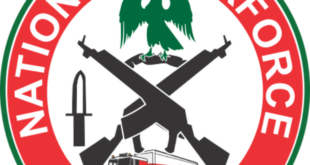 This page is all about NATFORCE latest news today. So I’m going to be updating … 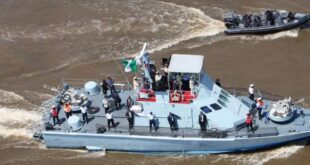 This post is about Nigerian Navy Ranks and Salary. So People who desire to join …